Rozier to Take the Reins at Mitchell Historic Properties in July

With the retirement of long time Senior Vice President and General Manager William A. Ross, Joseph B. “Joe” Rozier will assume the position of General Manager of Mitchell Historic Properties (MHP), overseeing all of its Galveston real estate operations. Rozier has been a strong force in the Galveston community for many years and the Mitchell family is very confident in his ability to lead the company.

“Mr. Rozier proved himself to be invaluable in the aftermath of Hurricane Ike, applying his technical and organizational abilities and his extraordinary proficiency to hundreds of projects simultaneously, both large and small,” said Grant Mitchell, son of Cynthia and George Mitchell and President of MHP.

Rozier officially joined the MHP team in October of 2008, as Project Manager of Architectural and Development Projects; only one month after Hurricane Ike hit Galveston Island with its unforgettable wrath.  Rozier stepped up to the plate without hesitation and played an irreplaceable roll in the rebuilding of all of the Mitchell Properties that were affected by the storm. Under Ross’ leadership, Rozier along with the MHP team wasted no time in organizing 350 workers, architects and engineers. Within a brief two months, they had bids and approvals ready to lead the 26 million dollar rehabilitation.

Rozier has overseen all construction for MHP including its historic buildings located in downtown Galveston and Hotel Galvez & Spa, The Tremont House and Harbor House Hotel for the past five and one half years. Notably, he has been an integral leader in the restoration and adaptive reuse of historical buildings to create vibrant residential and retail spaces. Most recently, Rozier has been involved in the restoration of the cast iron storefronts of the Thomas J. League and the Rosenberg buildings, along with the complete exterior and structural renovation of the Hendley Row buildings. All of the buildings have been recognized with the City of Galveston’s Landmark Historic Preservation Award for Commercial Properties.

The Path Leading to MHP

Even before Rozier began his career at MHP, George Mitchell and the Mitchell family had an impact on him that helped form the pathway to the success he holds today. While attending Gerald D. Hines College of Architecture at the University of Houston, Rozier was given the opportunity to have his work critiqued by successful, working architects outside of the community.  Cynthia and George Mitchell generously funded the critique program.  In return for the Mitchell’s support, the students came to Galveston during Mardi Gras and donated their time and efforts into decorating and designing for the Mardi Gras celebration at The Tremont House. Not only was Rozier part of the student design team, he was the team leader and helped manage his fellow students and the projects.  This was his first real introduction to the beauty that Galveston’s history and architecture has to offer.

Directly following his graduation in 1993 with a Bachelors of Architecture Degree, Rozier was hired by one of his mentors and professors, Edwin Eubanks of Eubanks Bohnn Associates now known as Eubanks Group Architects (EGA).  One of Rozier’s first assignments with Eubanks was commissioned by the Mitchell family.  His task was to convert the Wentletrap parking lot into a public green space, Saengerfest Park, located at 23rd and Strand.  This project was only the beginning of the work Rozier has continued to do for the Mitchell Family throughout his career.

After a mere six years on the job, Rozier’s highly regarded work was rewarded when he was named Vice President and opened and managed all aspects of the Galveston branch of EGA. While with EGA, Rozier and his team worked on a number of MHP projects, one of which included the rehabilitation of the Veranda Windows at the Hotel Galvez.  Their work was recognized with an Award of Merit from the Texas Historical Commission in April of 2006.  Impressed with his work on ongoing MHP projects, the Mitchell family asked Rozier to join the MHP team as a permanent member soon after Hurricane Ike hit the island. 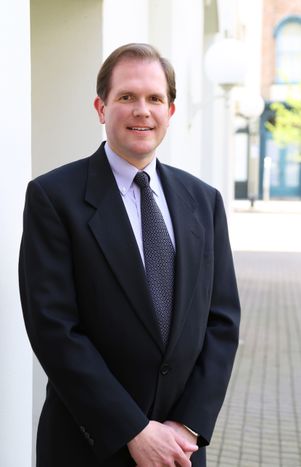