The Spa at the Hotel Galvez-At-a-Glance

The Spa at the Hotel Galvez is located on the lower level of the hotel, which originally housed a barber shop, candy store and drug store when the hotel opened in 1911. The Spa at the Hotel Galvez originally opened on March 15, 2008. Unfortunately, the spa was damaged by flooding caused by Hurricane Ike which struck Galveston Island on Sept. 13, 2008. The spa reopened to guests in June 2009 and has quickly become Galveston’s most popular hotel spa.

The Spa at the Hotel Galvez is a multi-million dollar, nearly 10,000 square-foot spa with nine treatment rooms, accompanying salon and fitness center. The spa features Mediterranean-inspired décor and was designed to complement the architectural features of the hotel.

The Spa at the Hotel Galvez features several facial and body care lines including Ling, Priori, Osea, Malie, Aromafloria and Kneipp. Facial lines Ling and Priori are results based and include peels to resurface the texture of the skin while Osea is the industry leader in all natural, active marine facials that focus on balancing the skin. Malie is an all natural, organic Hawaiian treatment line that is used in body treatments. The spa’s hydrotherapy baths utilize Aromafloria and Kneipp products.

Expanding on its philosophy of promoting good health and beauty, The Spa at Hotel Galvez is now offering three popular cosmetic services performed by Affinity Laser + Med Spa: Botox®, dermal filler, and PDO threading. Lewis Landsman, PA from Affinity Laser + Med Spa, will perform the new cosmetic services offered at The Spa at Hotel Galvez. Clients must schedule a consultation with Landsman in advance by calling (409) 515-2100.

Customized massages and facials include:

From Houston, take I-45 South to Galveston, I-45 will become Broadway Avenue, take a right on 21st Street (Moody Avenue) and continue until you reach Seawall Boulevard. The Hotel Galvez & Spa is located at 2024 Seawall Blvd.

From the Galleria in Houston, take 610 South, exit on I-45 South to Galveston, I-45 will become Broadway Avenue, take a right on 21st Street (Moody Avenue) and continue until you reach Seawall Blvd. The Hotel Galvez & Spa is located at 2024 Seawall Blvd. 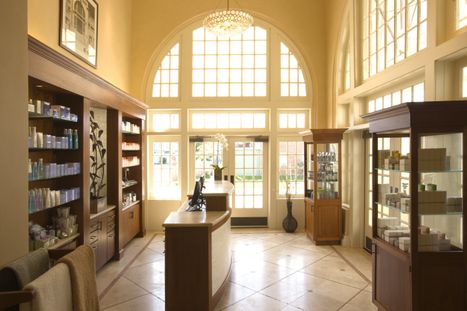