06/01/2011
Ten Quick Facts on the Hotel Galvez
Texas’ “Queen of the Gulf” - Hotel Galvez Commemorates 100 Years in June
Hotel Galvez & Spa will commemorate its 100-year reign as “Queen of the Gulf” with a free community celebration on Saturday, June 11 hosted by owners George Mitchell and the Mitchell family. The grounds of this historic Texas beachfront hotel will come alive with free family activities from 11 a.m. to 6 p.m. and live music from noon to 9 p.m. and culminate with a fireworks show over the Gulf of Mexico at 9:15 p.m. For a full schedule of activities planned June 10-12, visit www.HotelGalvez100.com.
About Hotel Galvez
When Hotel Galvez opened in 1911, Galveston had just finished building its 17-foot seawall to protect the island from storm surges; the town had also completed its grade-raising project which raised the grade of land as well as hundreds of buildings from 11 to 14 feet to help protect them from flooding in the event of future storms. The Causeway, connecting Galveston Island to the mainland, had also been completed. These accomplishments were part of the island’s recovery efforts following the Great Storm of 1900.
Hotel Galvez, A Wyndham® Grand Hotel and a National Trust Historic Hotel of America, is rated four diamonds by AAA and is part of Mitchell Historic Properties. The hotel is hosting year-long monthly centennial celebrations in 2011. For reservations, call (800) WYNDHAM -- (800) 996-3426 -- or visit www.WyndhamHotelGalvez.com.
Wyndham Hotels and Resorts, LLC, a subsidiary of Wyndham Worldwide Corporation (NYSE: WYN), offers upscale hotel and resort accommodations throughout the United States, Europe, Canada, Mexico, China and the Caribbean. All Wyndham® hotels are either franchised by the company or managed by Wyndham Hotel Management, Inc., one of its affiliates or through a joint-venture partner. Additional information and reservations for all Wyndham hotels are available by calling (800) WYNDHAM – (800) 996-3426 – or visiting www.wyndham.com.
###
MEDIA CONTACT: Christine Hopkins, APR, Mitchell Historic Properties • (409) 762-0062, chopkins@mitchellfamilycorp.com
Read more in the Pressroom: www.mitchellhistoricproperties.com 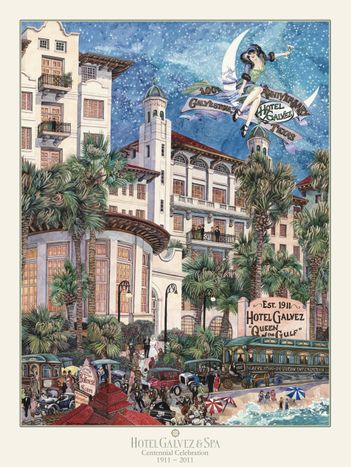 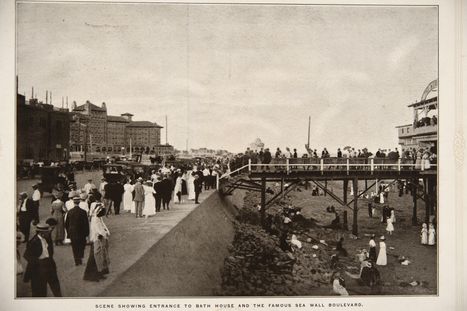 Hotel Galvez and Seawall (Circa 1911) 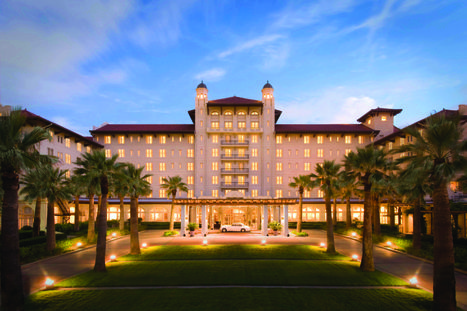 Hotel Galvez & Spa is the only historic beachfront hotel on the Texas Gulf Coast. In preparation for the hotels 100th anniversary, all Gulf facing windows will be replaced with operable, divided light windows reminiscent of the hotels original design.
Hotel Galvez (Circa 1911)
View | Download