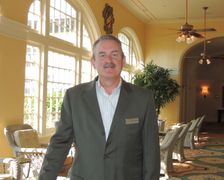 Steve Cunningham joined the staff as complex general manager in October 2009 and has quickly made his mark. He was recently named the 2012 General Manager of the Year for the upper-upscale Wyndham Hotels and Resorts brand during Wyndham Hotel Group’s 2013 Global Conference in Las Vegas in September 2013. He was presented the award for demonstrating strong leadership and impressive business results in 2012.

Steve serves as general manager of Hotel Galvez & Spa and has oversight responsibilities for all three properties. He has more than 30 years of experience in lodging, food and beverage and convention centers. Under his leadership, Hotel Galvez & Spa was named the 2011 Hotel of the Year for Wyndham Hotels and Resorts. It was also included as one of the “Ten Best New (Or Improved) Texas Hotels in Texas Monthly last year and touted as one of the “Best Brunches in the United States” by Open Table users. During his time at the hotels, Hotel Galvez completed an $11 million renovation for its centennial celebration in 2011 and, more recently, completed a $900,000 renovation to its lobby, restaurant and bar.

Prior to joining Wyndham, he was general manager of Hotel ZAZA in Houston, where he increased guest satisfaction earning the hotel’s AAA’s Four Diamond rating. Under his leadership, Hotel ZAZA was named Best New Business Hotel by Fortune magazine. He also worked as executive director at The Sterling at Memorial Villages, Houston, and senior director of asset management for Ashford Hospitality Trust, Dallas. He served Marriott International, Inc. for nearly 20 years in positions including area general manager of The Woodlands Waterway Marriott Hotel and Convention Center in Texas; regional vice president of Marriott ExecuStay for the Midwest Region; and general manager of the Houston Marriott Hotel. He also served in management roles at several Atlanta-area Marriott hotels.

The hotels are managed by Wyndham Hotels and Resorts, LLC, a subsidiary of Wyndham Worldwide Corporation (NYSE: WYN) and are owned by Mitchell Historic Properties. 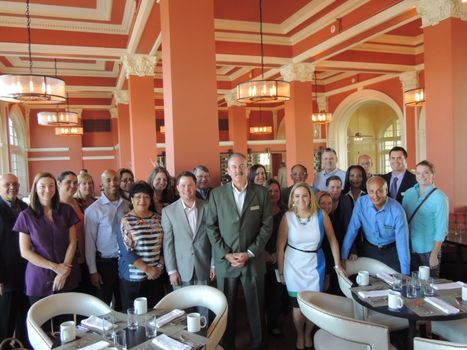 Steve Cunningham, complex general manager for Hotel Galvez & Spa® and The Tremont House, both Wyndham Grand® Hotels, and Harbor House Hotel and Marina at Pier 21 celebrates with his staff his receiving the General Manager of the Year award at Wyndham Hotel Group’s 2013 Global Conference. 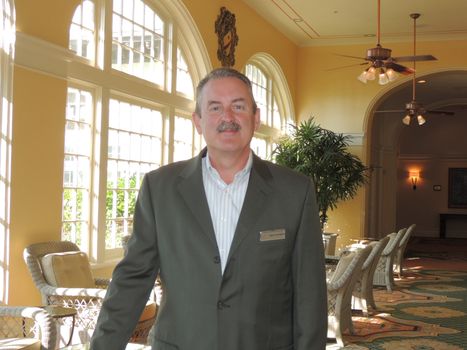