05/10/2012
Buster’s Old Time Photos, which operates two locations in Branson, MO, is opening its first Texas location in historic downtown Galveston. This awarding-wining photo studio is a popular attraction in Branson and scheduled to open in early June in Old Galveston Square, 2217 Strand. Visitors of all ages can dress in authentic costumes and be professionally photographed with corresponding themed backdrops. Patrons can choose from the Roaring 20s, southern belle, Victorian, western and pirate themes.
Those dressed for the Roaring 20s will be pictured in a classic speakeasy while the old west will be captured in a saloon. Ladies can choose to be a southern belle or dress to reflect the Victorian era while pictured in a classic historic home. Another option is to dress as a pirate and be photographed on the deck of a pirate ship.
“We looked at a lot of locations but we picked Galveston because of the people and the character of the town,” says Trent Edwards, co-owner and a master photographer. “Galveston is a lot like Branson where people are friendly and it’s a close knit community. Plus, we see that Galveston is on an uphill climb and has huge potential for a growing business like ours.”
Buster’s Old Time Photos is a family business owned by brothers Trent and Lamont Edward and their brother-in-law Andy Metcalf. Buster’s is named for the Edwards’ great uncle Buster Edwards who was a world traveler, photographer and jack of all trades.
Buster’s Old Time Photos has operated in Branson since 2009. The studio is leasing space from Mitchell Historic Properties. “Historic downtown Galveston is bustling with activity right now,” says Bill Ross, senior vice president and general manager of Mitchell Historic Properties. “Buster’s Old Time Photos is an added attraction for visitors and in an ideal location to enhance our historic downtown.”
About Buster’s Old Time Photos
Buster’s Old Time Photos is a family business based in Branson, MO. Brothers Trent and Lamont Edwards and brother-in-law Andy Metcalfe opened their first location in 2009 and currently operate Buster’s on the Landing and Buster’s on 76 Music Blvd. in Branson. The studio is a member of Antique and Amusement Photographers International, the only professional organization dedicated to old time photo industry. The brothers wanted to find an opportunity to capitalize on living in a tourism town and their love for photography sparked the idea for the business.
About Mitchell Historic Properties
Mitchell Historic Properties (MHP) oversees Galveston properties owned by developer, philanthropist and preservationist George Mitchell and the Mitchell family, including its commercial and residential properties located downtown as well as three hotels – Hotel Galvez & Spa, The Tremont House and Harbor House Hotel and Marina. MHP owns and preserves approximately one-fourth of the buildings in The Historic Strand Seaport Area. For leasing information, visit www.MitchellHistoricProperties.com or call (409) 763-5806. 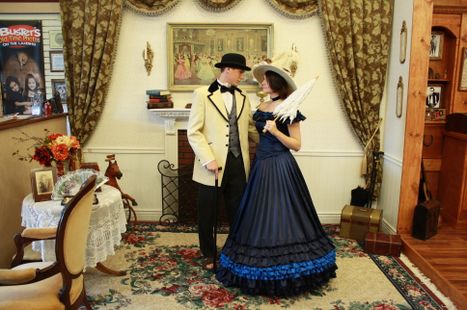 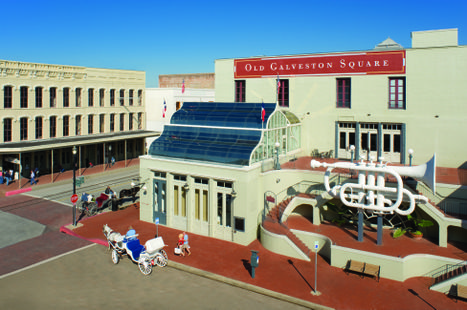