MHP to Receive Preservation Award for the Historic Rosenberg Building

Mitchell Historic Properties was recently selected by the Galveston Historical Foundation to receive The Sally B. Wallace Preservation Award for the restoration on the 1871 Henry Rosenberg Building.  This three-story brick and cast iron-front building was built in 1871 and is located at 2309 Strand in the heart of The Strand National Historic Landmark District. Today you might better recognize the building as the home to Bear Claw Knife & Shear and Beef Jerky Outlet. The award will be presented to MHP on August 23, 2014, at the 2014 Sally B. Wallace Preservation Award Ceremony.

In 2008, Hurricane Ike’s floodwaters filled downtown Galveston, including the Rosenberg Building. A hidden remnant of Hurricane Ike’s devastating flood was the water found trapped between the cast iron storefront panels and the masonry brick or concrete structural support inside the cast-iron composite columns. This moisture accelerated the cast iron to rust and rust-jack from the inside. With rust-jacking you can see an eighth of an inch piece of metal rust to over an inch and a half. The rust-jacking caused the cast iron to push against the interior masonry, bulging out the metal and crushing the interior bricks to rubble that were no longer strong enough to be a structural support. With these signs Mitchell Historic Properties was prompted to take action and ensure the building’s safety.

MHP joined forces with the City of Galveston to restore the Rosenberg to its former glory.  The city was awarded $750,000 in Community Development Block Grants funds to help rehabilitate the cast-iron storefronts in downtown Galveston.  The Rosenberg Building, along with two other downtown buildings, were selected by the city. MHP was inspired by the city’s participation and the rehabilitation began in January of 2013.  Repairs were completed in November 2013.

About the 1871 Henry Rosenberg Building

The Rosenberg Building was constructed in 1871 by Henry Rosenberg and designed by architect P.M. Comegys. The building originally housed a department store, one of Mr. Rosenberg’s numerous financial ventures in Galveston. Later, in the 1890’s, a telephone company occupied the building.  In 1981, George and Cynthia Mitchell purchased and restored the building.

The building consists of a three-story brick and iron front building which houses four small retail spaces on the first floor with a common area atrium.  On the second and third floors there are seven loft type apartments.  The apartments are considered “walk up” with no elevator access and have controlled entry points.

Mitchell Historic Properties oversees Galveston properties owned by the Cynthia and George Mitchell family, including three hotels, The Hotel Galvez & Spa, The Tremont House, and Harbor House & Marina, as well as commercial and residential properties located downtown and at Pier 21® along Galveston’s historic harbor.  The Mitchell’s ongoing preservation of Galveston’s historic downtown helps spark the resurrection of The Strand National Historic Landmark District and Pier 21® as a tourist destination. “The Mitchell family shares a deep appreciation for Galveston’s heritage,” said Grant Mitchell, President of MHP, “and we remain inspired by the vision of my parents. The buildings they saved speak to us as much as they did to them. My family is firmly dedicated to preserving my parents’ legacy.”  For leasing information, visit www.MitchellHistoricProperties.com or call (409) 761-4110. 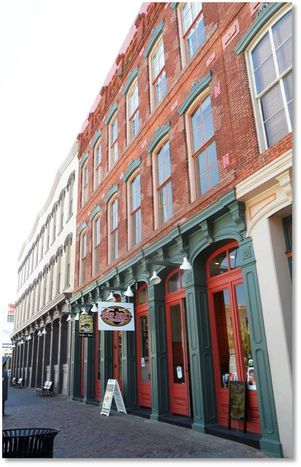 Project finishing up paint and details. 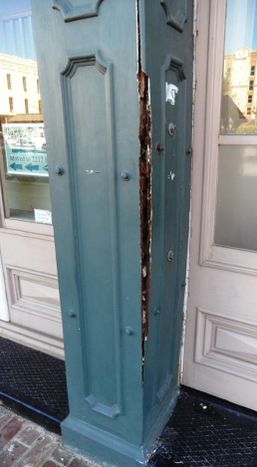 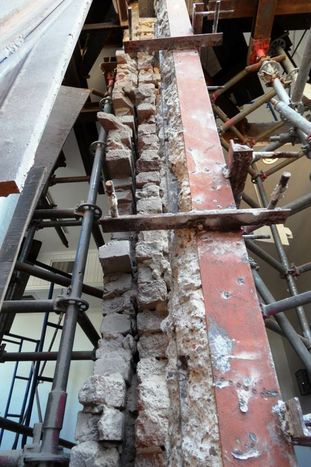 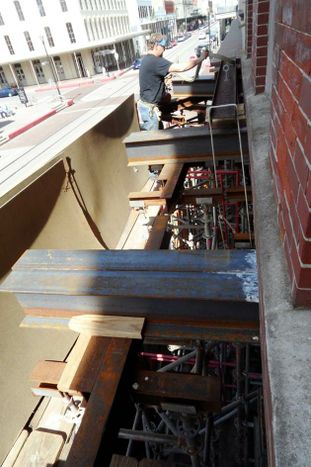