Located amid the museums, galleries and shops in the heart of The Historic Strand District and newly designated Downtown Cultural Arts District is The Tremont House, a Wyndham Grand® Hotel. The original Tremont House ― a square, two-story brick building ― was built in 1839 and later destroyed by fire in 1865. A second Tremont House was demolished in 1928.  In 1985, through the efforts of the late George and Cynthia Mitchell, the hotel was opened again in a new location ―the 1879 Leon H. Blum building, where it maintains a 19th century ambiance. When The Tremont House opened in 1985 it was the first major hotel to open in downtown Galveston in sixty years and the hotel was a catalyst for the revitalization of downtown Galveston. The Tremont House offers a total of 119 rooms, including 17 suites.

The Tremont House to Celebrate 30th Year of Service in 2015

In 1981, George and Cynthia Mitchell acquired the architecturally lavish Leon & H. Blum Building and began its transformation in the third incarnation of the Tremont. Once the South’s premiere wholesale dry goods concern, the 1879 building is now a remarkable hotel that captures the elegance of its predecessors. When the hotel held its grand opening celebration on Feb. 16, 1985 it was the first major hotel to open in downtown Galveston in sixty years. Its grand opening was held in conjunction of the city-wide revival of Mardi Gras in Galveston with a grand Mardi Gras Ball. The Tremont House was a catalyst for the revitalization of Galveston’s historic downtown. Located in the heart of the wonderfully revitalized Strand National Historic Landmark District and Downtown Cultural Arts District, The Tremont House is now surrounded by shops, galleries, restaurants, lofts, offices and museums tracing the vibrant history of the island. Galveston’s Strand District is vastly different than it was in 1985 and has a story to tell. In celebration of this milestone, the hotel added a history display to its lobby on the history of the hotel and the role of the Mitchells in the revitalization of Galveston’s historic downtown. The hotel has plans to revive an old tradition and start some new ones.

The history of The Tremont House can be traced back to 1839 when the first hotel, located at the corner of Tremont and Postoffice Streets opened. In celebration of this heritage, the hotel has added a small history exhibit on three hotels bearing its name and the contributions of George and Cynthia Mitchell to its preservation and their role in restoring The Historic Strand District. The exhibit is free and open to the public.

The Tremont House Hosts Jazz Series on Fridays and Saturdays

To add to the sophisticated ambiance and guest experience at The Tremont House, the hotel hosts a jazz series on weekends. The Island Jazz Project performs on Fridays and Saturdays from 6 to 10 p.m. in the 1888 Toujouse Bar. Island Jazz Project is led by pianist Bryan Lee Guevin and accompanied by bassist Reg Loudermilk with guest appearances by drummer Jake Walsdorf and saxophone player Dr. Giovanni Piovesana. The group plays classic, acoustic jazz reminiscent of the style of Bill Evans and Miles Davis. Their repertoire includes timeless blues, hard bop, Bossa nova (style of Brazilian music developed and popularized in the 1950s and 1960s) and classic ballads. The Tremont Jazz Series is free and open to the public. The hotel has expanded its Martini menu and offers new bar bites to tie in with this series.

In addition to being ideal for shopping and dining, The Tremont House is walkable to many of Galveston’s free monthly events and festivals. From March through October, guests can enjoy Movie Nite on The Strand (first Saturdays) and Music Nite on The Strand (second and fourth Saturdays) at nearby Saengerfest Park. In addition to these free events, The Strand is now host to an annual Yaga’s Chili Fest and Beer Quest (January), Galveston Island Food and Wine Festival (April) and Galveston Island Shrimp Festival (September). Other popular festivals include the Mardi Gras! Galveston, Lone Star Rally (October) and Dickens on The Strand (December).

Wedding proposals have become quite popular on the hotel’s romantic Rooftop Bar. In an effort to be the most romantic hotel in Galveston, The Tremont House has created an engagement package to help relieve just a little stress for the person doing the proposing. Picture champagne, rose petals and a carriage ride to celebrate. The package is available to book online. See special offers at www.TheTremontHouse.com

The Tremont House, located just blocks from the cruise ship terminal and in the heart of downtown, offers a Park and Shuttle Cruise Package. Cruising guests who valet park can enjoy free parking during the length of their cruise at the hotel’s sister property – Hotel Galvez & Spa. Package rates are from $154/night on weekdays and $199/night on weekends and are subject to availability. On the day of the cruise, Tremont guests park at Hotel Galvez and enjoy complimentary round-trip transportation to the cruise ship terminal.

Following a $100,000 upgrade, The Tremont House unveiled a sophisticated, modern lounge atmosphere for The Rooftop Bar in June 2011. The bar is four stories above street level on the hotel’s roof and offers a spectacular view of Galveston’s historic downtown and harbor. The bar is furnished with cozy sectional seating areas, bar high tables and chairs. In the evenings, the rooftop takes on a soft glow with illuminated pots and an eight-foot, lighted Manzanita tree. The bar offers courtesy Snuggies® for guests to enjoy on chilly evenings. The Rooftop Bar is open daily (weather permitting) beginning May 1, 2015. 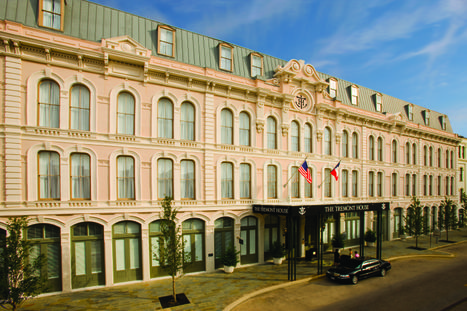 The Tremont House is located in the heart of historic downtown Galveston and is a wonderful example of adaptive use of a historic building.
Guest Room at The Tremont Room
View | Download 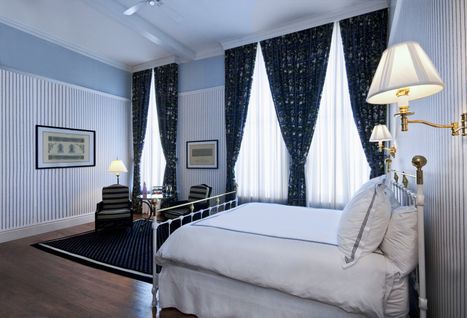 Guest Room at The Tremont Room 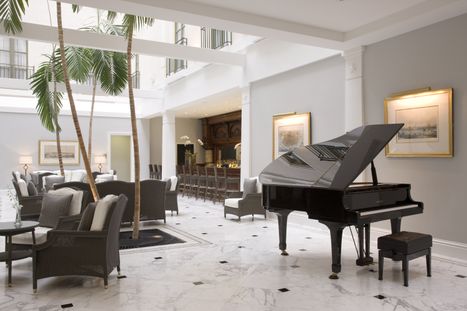 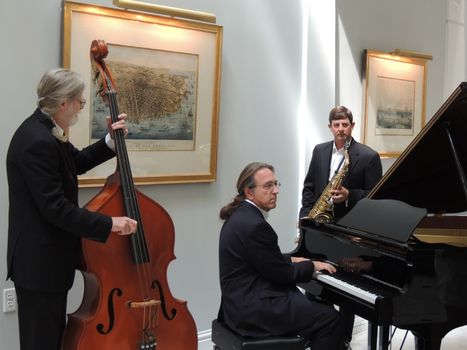 The Tremont House, A Wyndham Grand® Hotel, is hosting a new “Fall Jazz Series.” Beginning on Thursday, Sept. 26, the Island Jazz Project will perform on Thursdays from 6 to 9 p.m. in the Toujouse Bar. 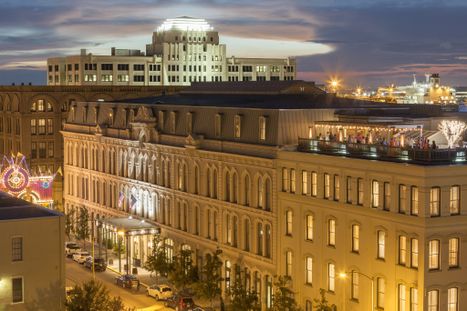